How Does Residential Solar Work in NYC?

Anatomy of a Solar System

Wondering how residential solar works in New York City? Residential solar system design in NYC is surprisingly simple, consisting of only a few main components located on the roof and in the basement. Brooklyn SolarWorks’s experienced installation team can complete a typical project in just one day with minimal disruption to your home and routine. 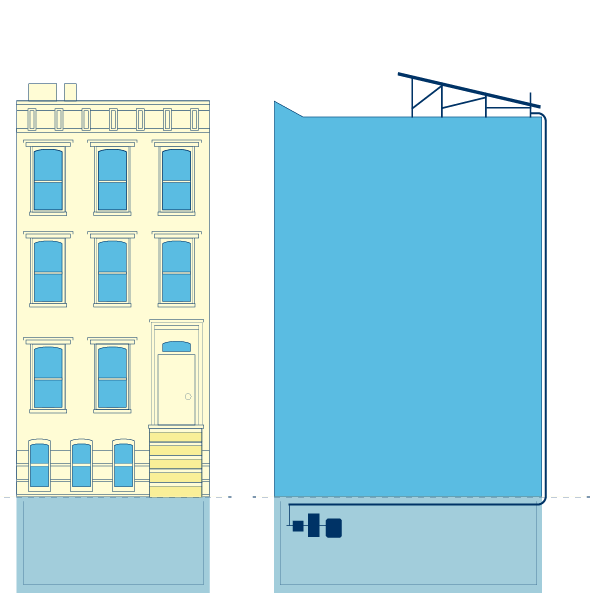 A tilt rack splits solar arrays into separate sections that are installed around obstructions & fire paths. 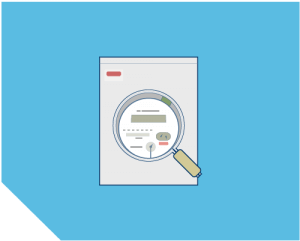 As a residential solar owner you remain connected to the grid. When you produce extra electricity during the day that you don’t consume, the excess is sent to the grid and you receive credit for it on your monthly Con Ed bill.

This credit balances against the electricity that you consume during the evening when your solar system is not producing energy. This arrangement, called net metering, is enabled by a special two-way meter that keeps track of how much energy you import and export in real time.

The inverter converts Direct Current (DC) electricity generated by solar panels into Alternating Current (AC), which is compatible with the grid and all household devices and appliances. The inverter ties into the main circuit breaker panel, injecting AC power into the home’s electrical distribution for direct consumption.

The inverter is also “the brain” of the solar system, logging and reporting performance data to BSW via the internet throughout the day. If a system is not functioning properly, the inverter lets us know. 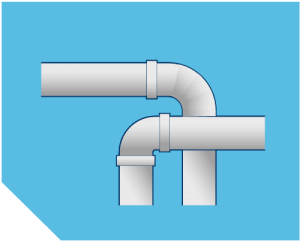 The solar panels’ wiring is combined and linked to the electrical service area in the basement via a ¾” aluminum conduit run.

To limit visibility the run extends down the back of the home, through the foundation wall, and along the ceiling of the basement to the electrical service area in the front of the home.

Running conduit in the shortest distance, across multiple floors with the least amount of disruption possible is an artform that BSW has mastered better than anyone. 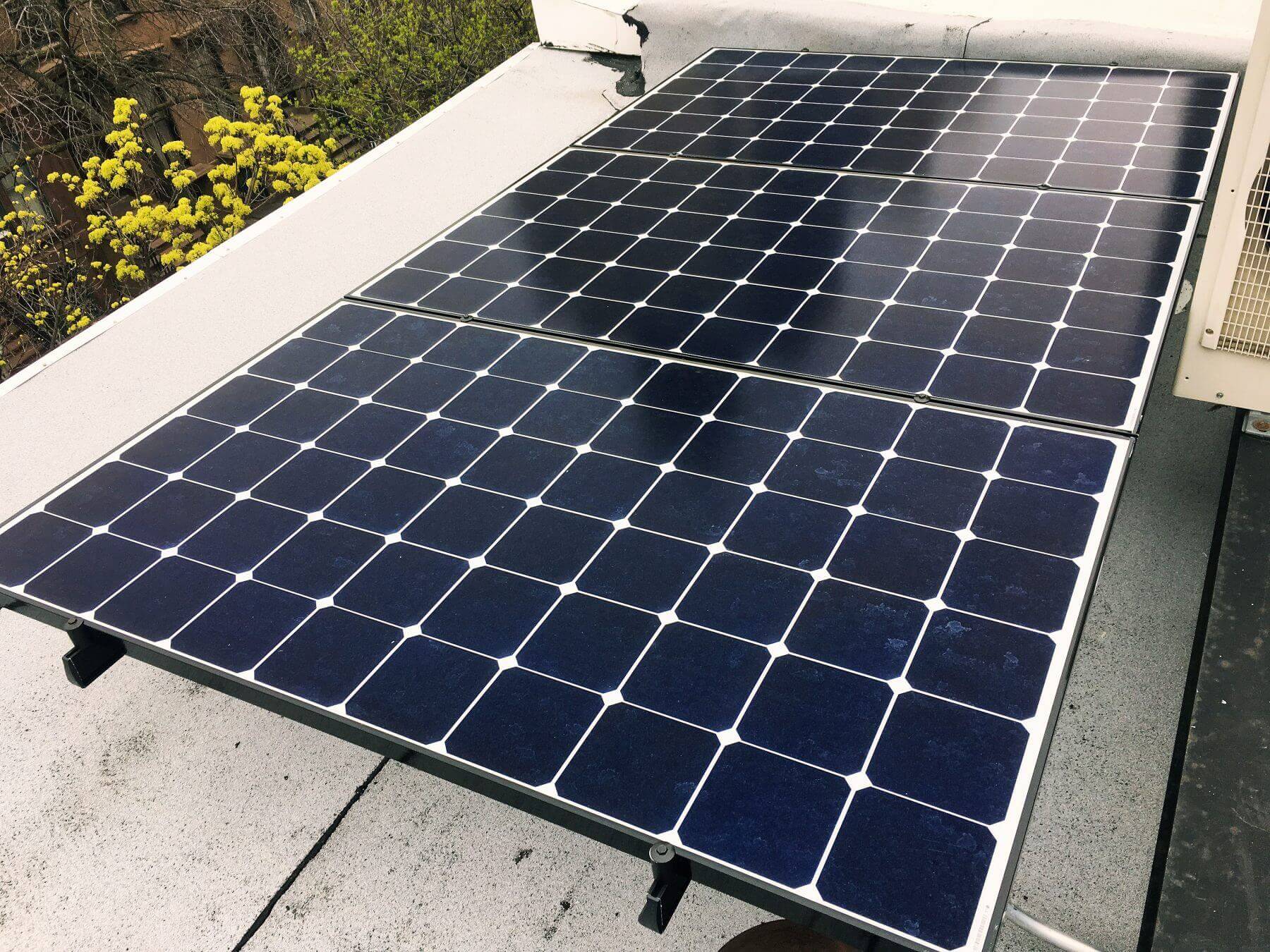 A system's number of solar panels is based on household electricity demand and available roof space. 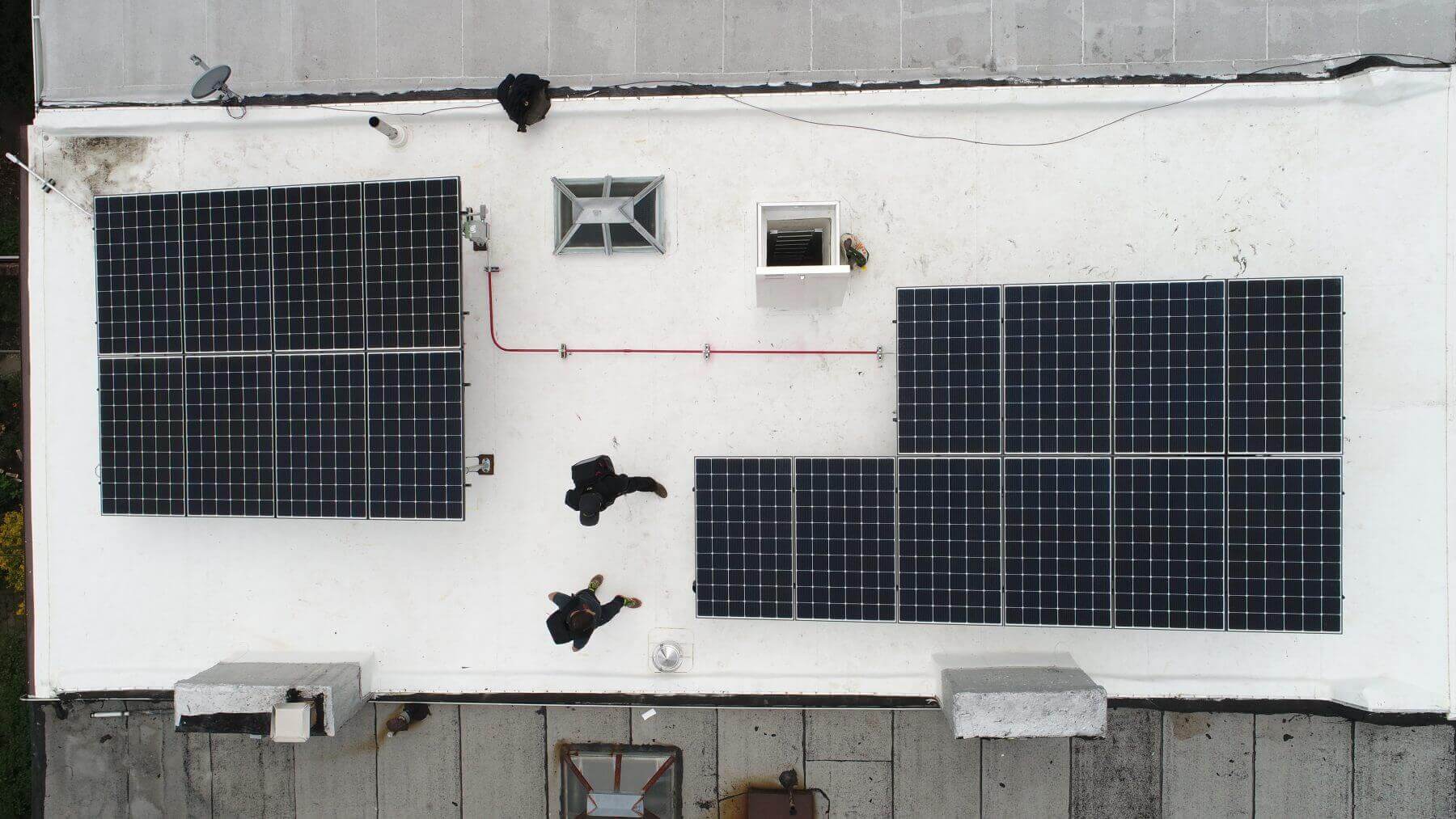 Transparent bi-facial solar panels allow light to reflect off of roof to the panel’s rear surface, resulting in an additional energy boost. 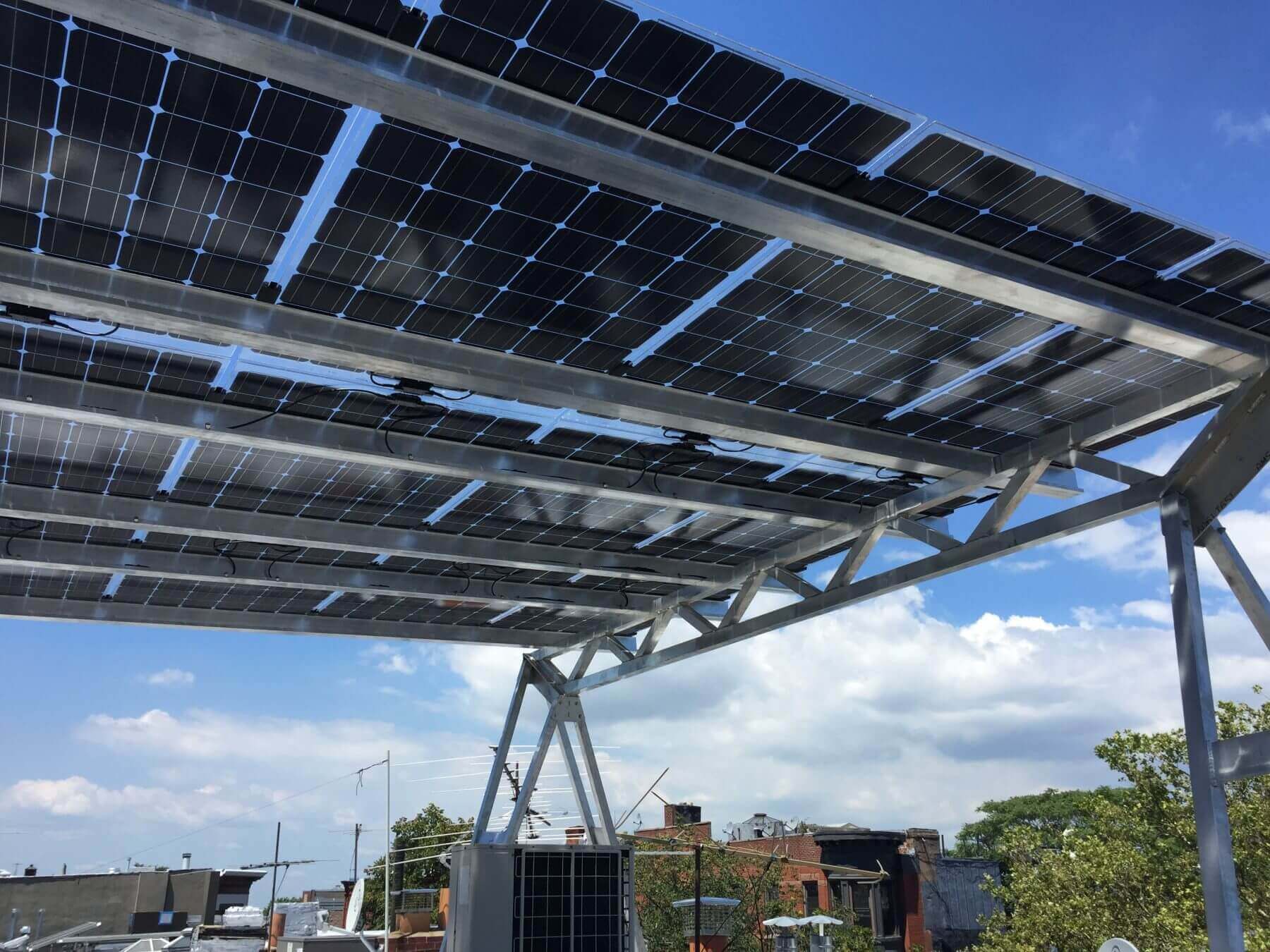 Bi-facial solar panels filter light from above, creating a pleasing visual effect from the ground. 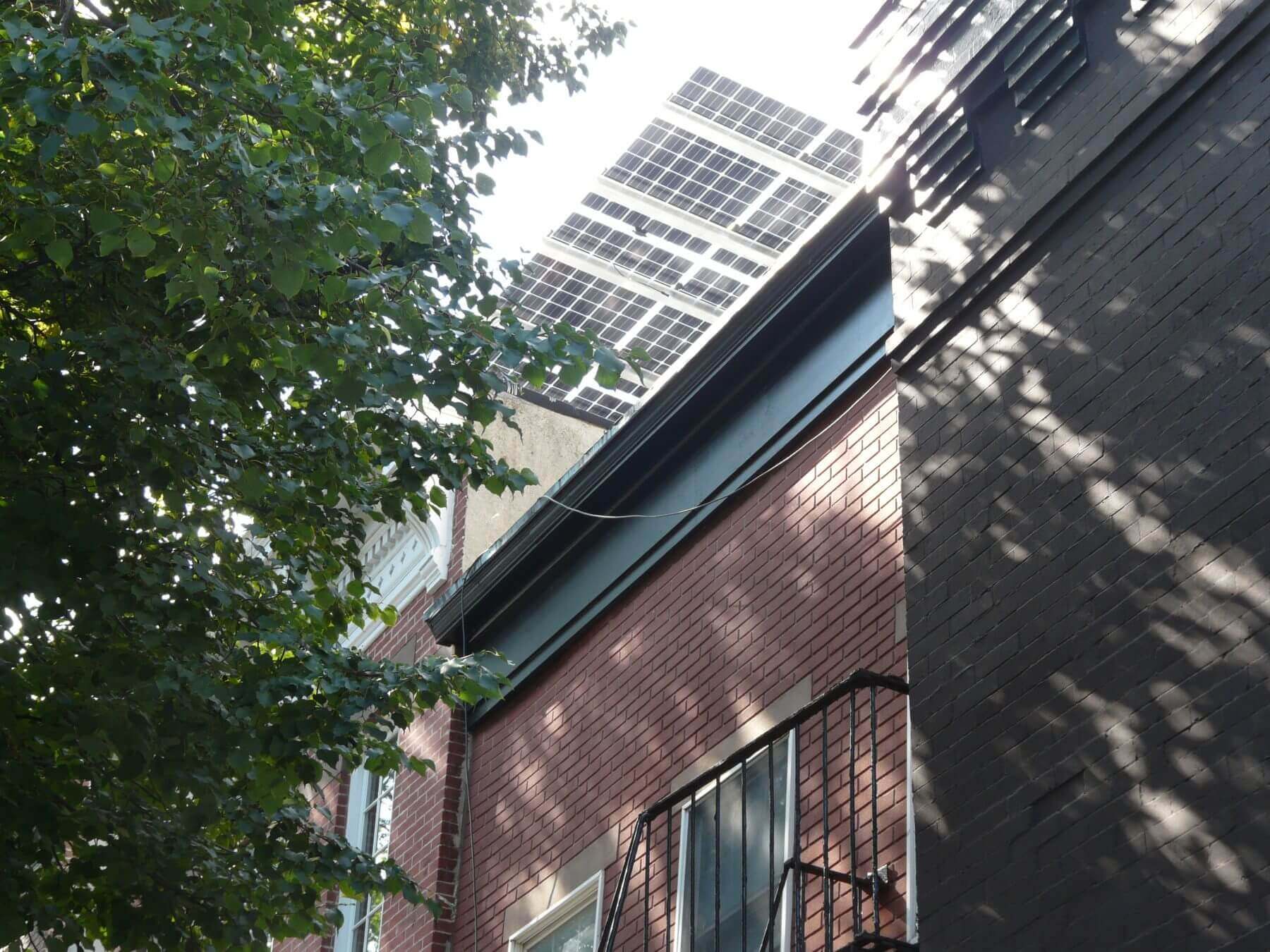 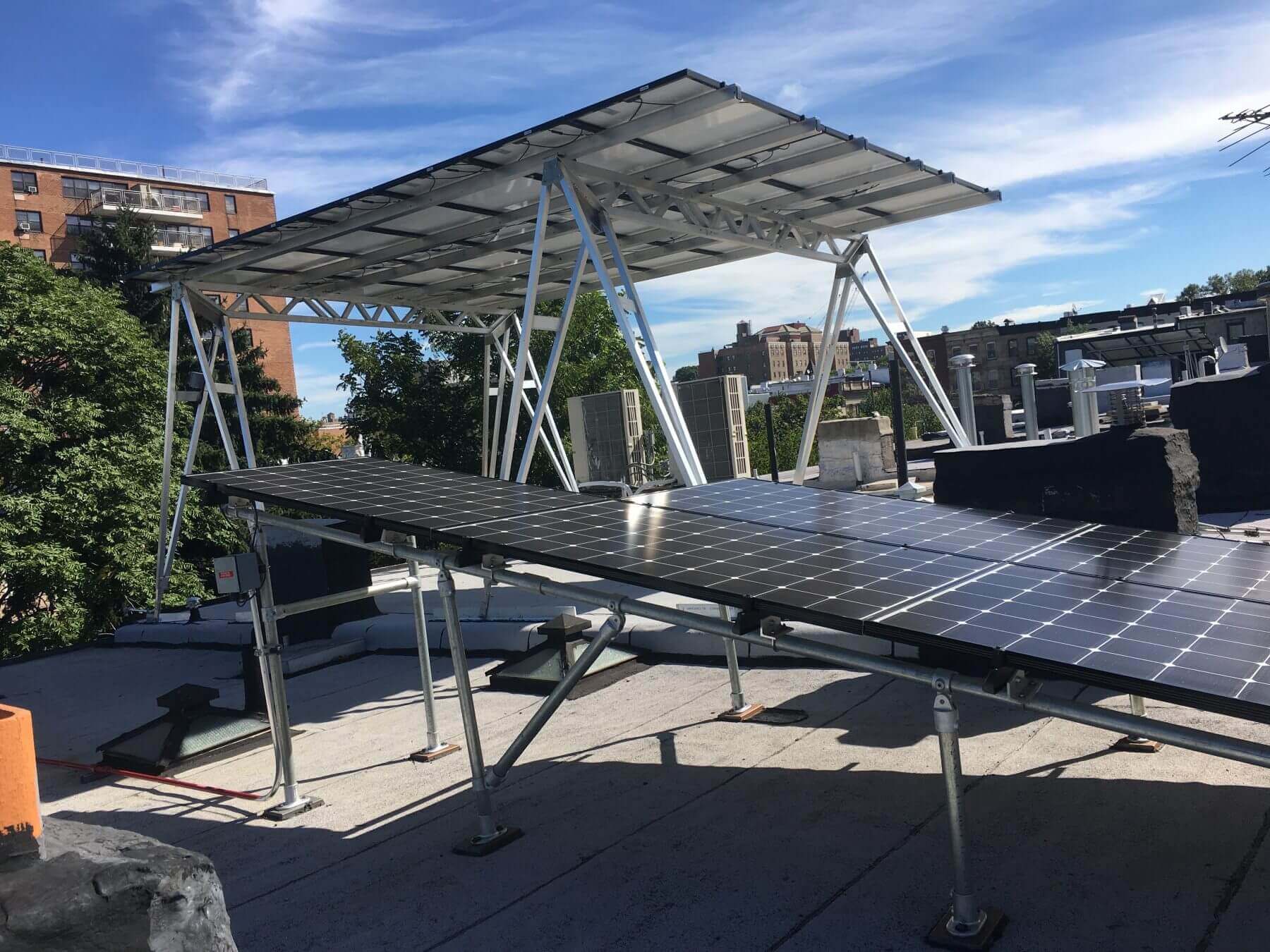 A 14 module tilt rack next to an 18 panel royal blue canopy in Clinton Hill. 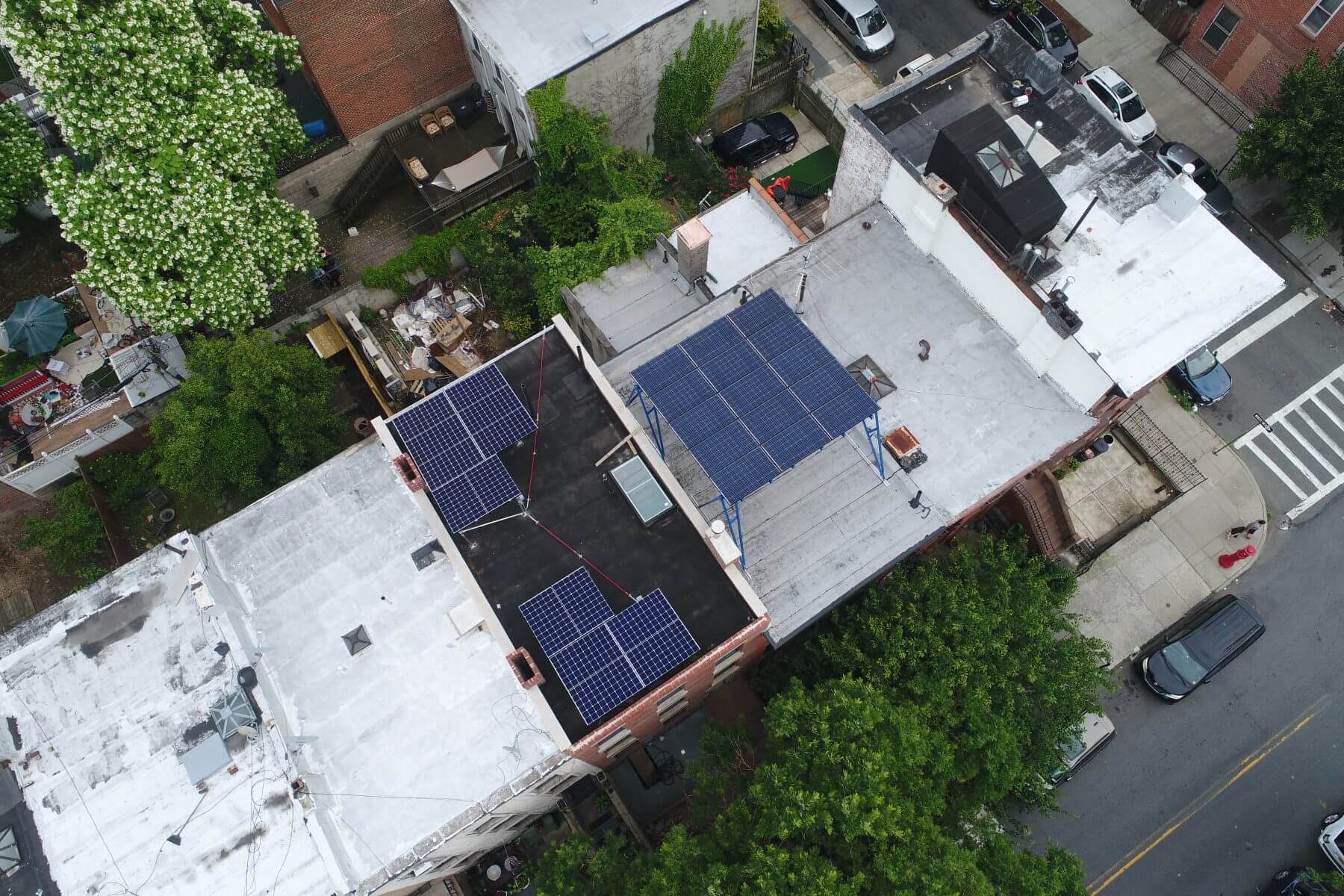 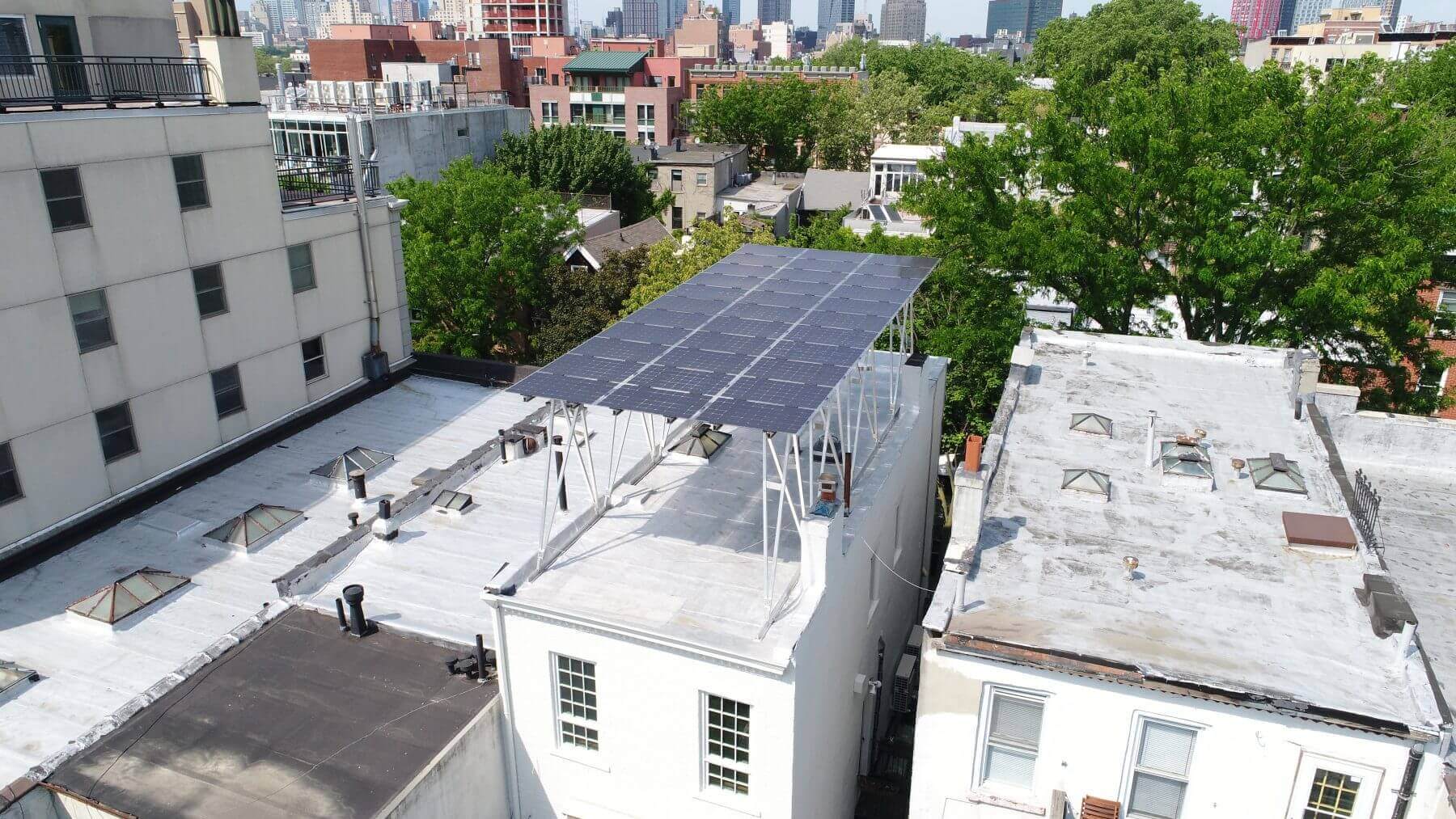 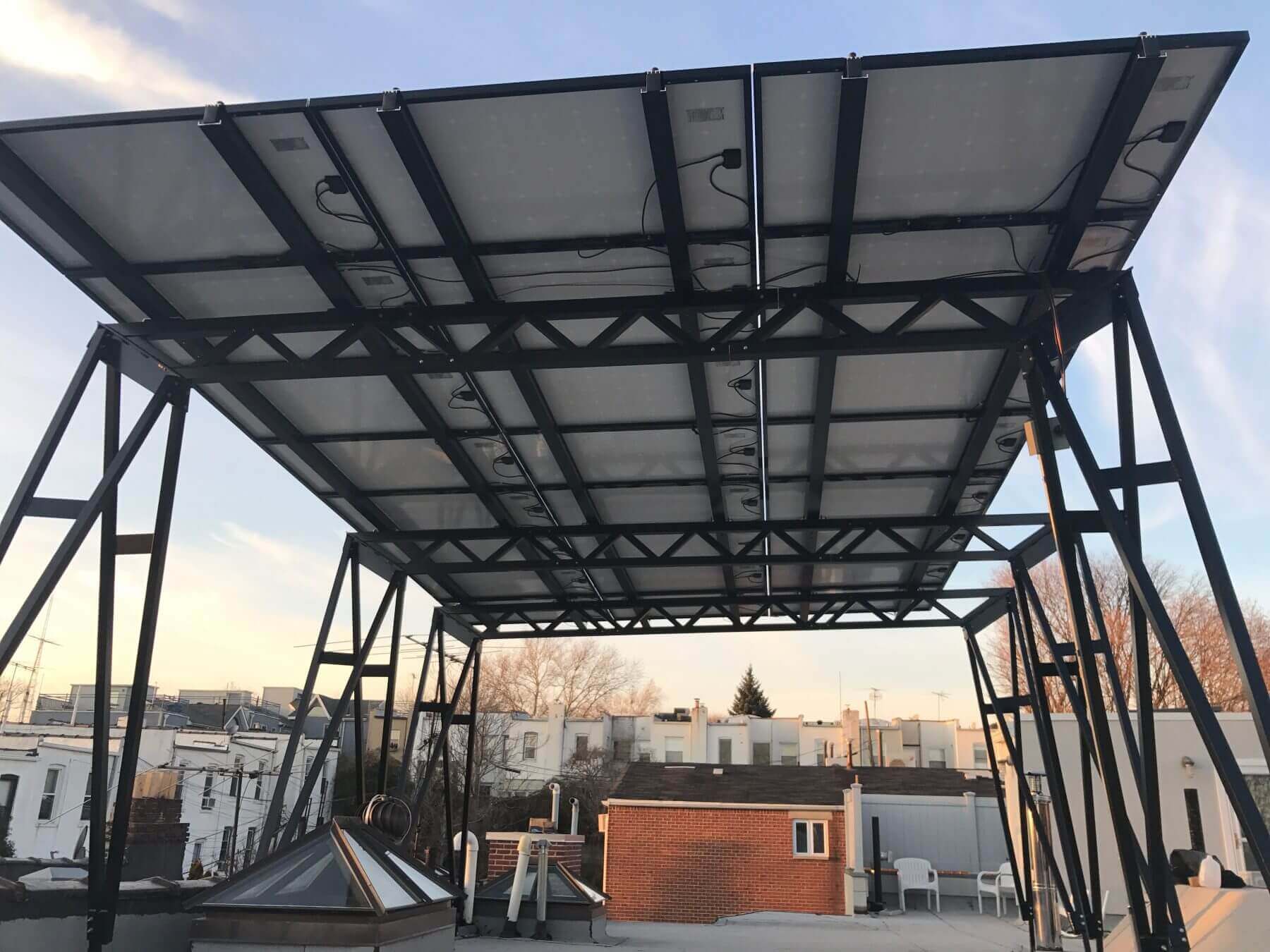 A canopy with bi-facial modules viewed from below. 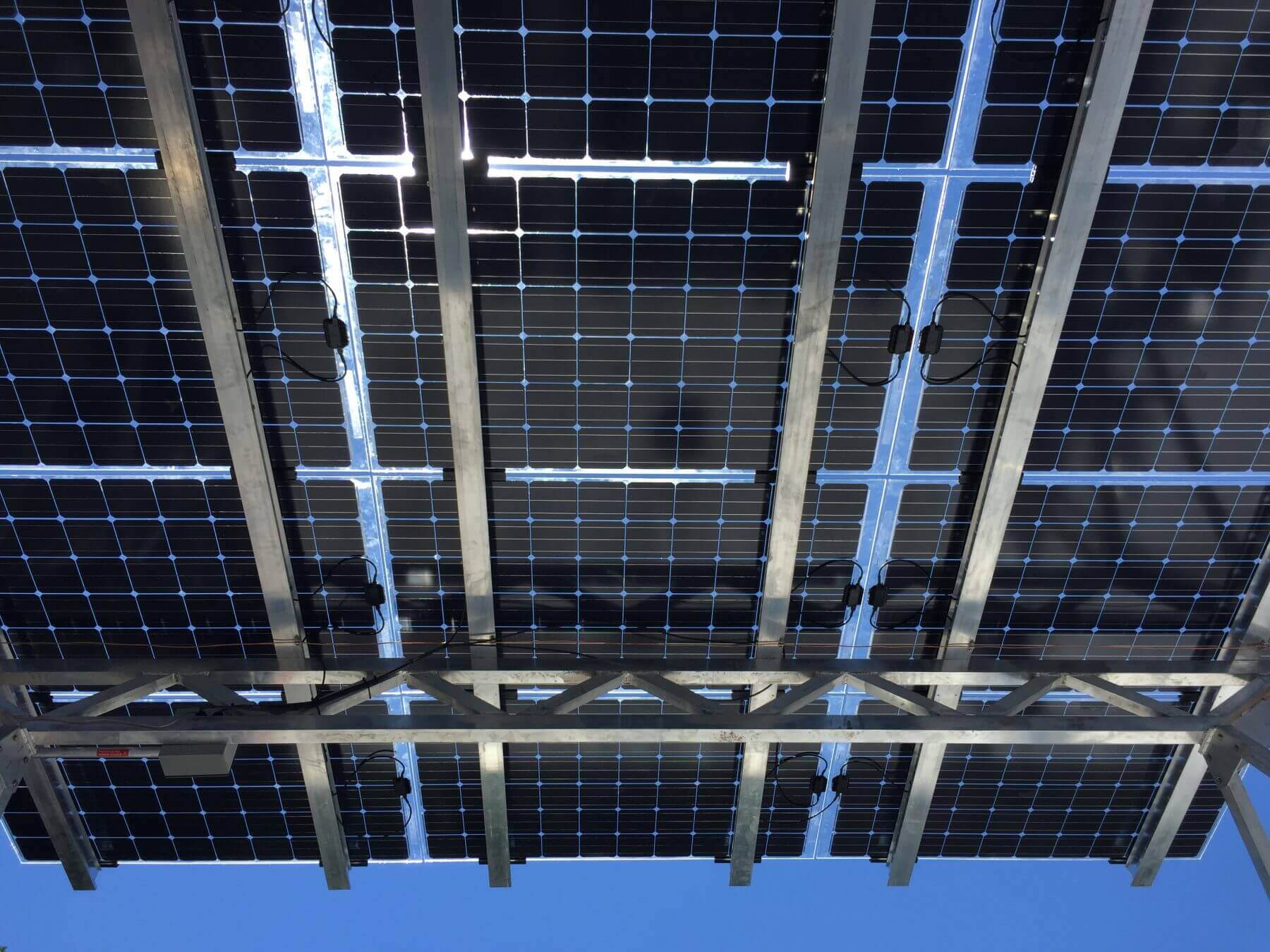 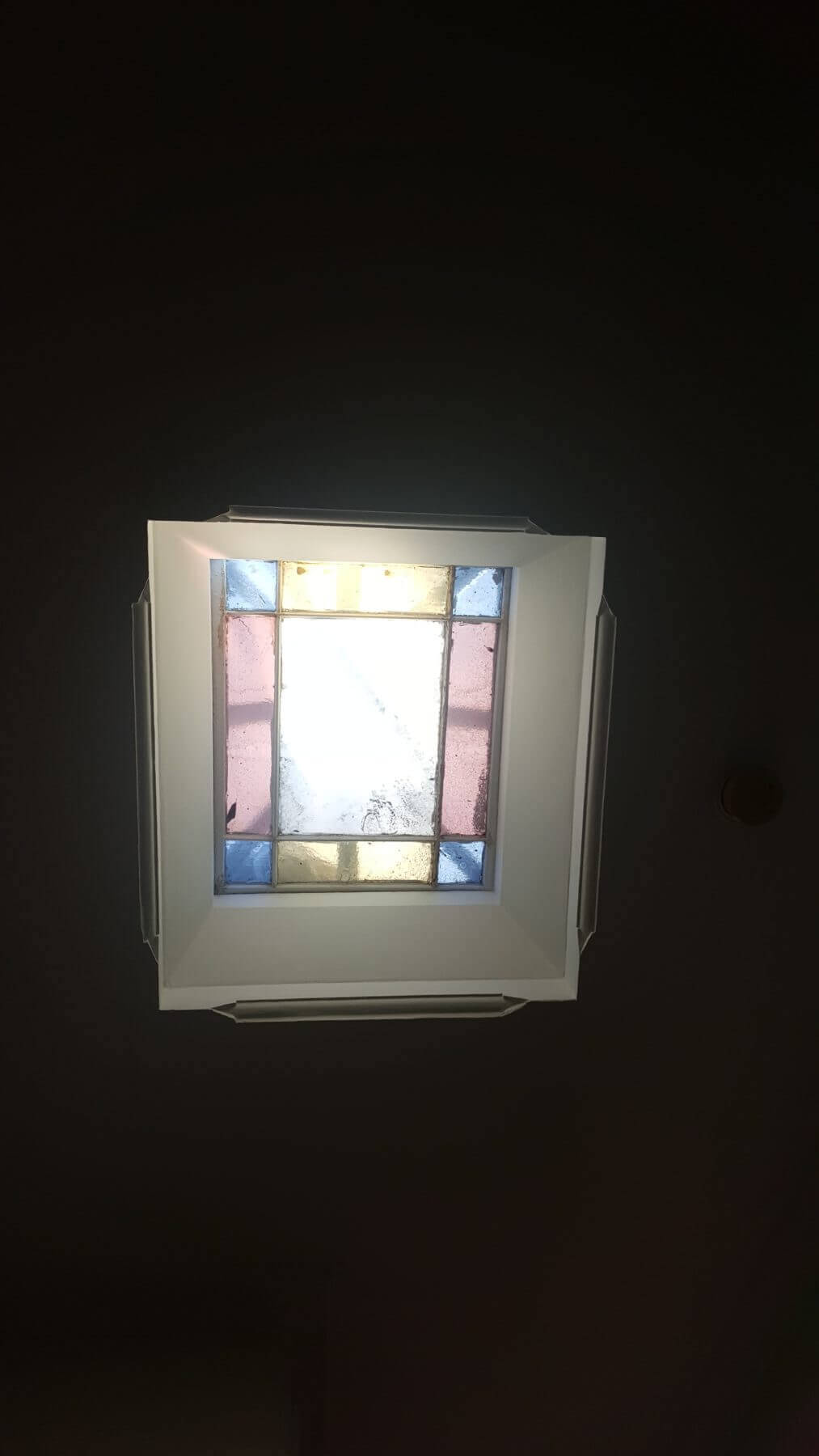 For optimal weather proofing and security, solar components are attached to the roof using a UL-listed product called OMG. 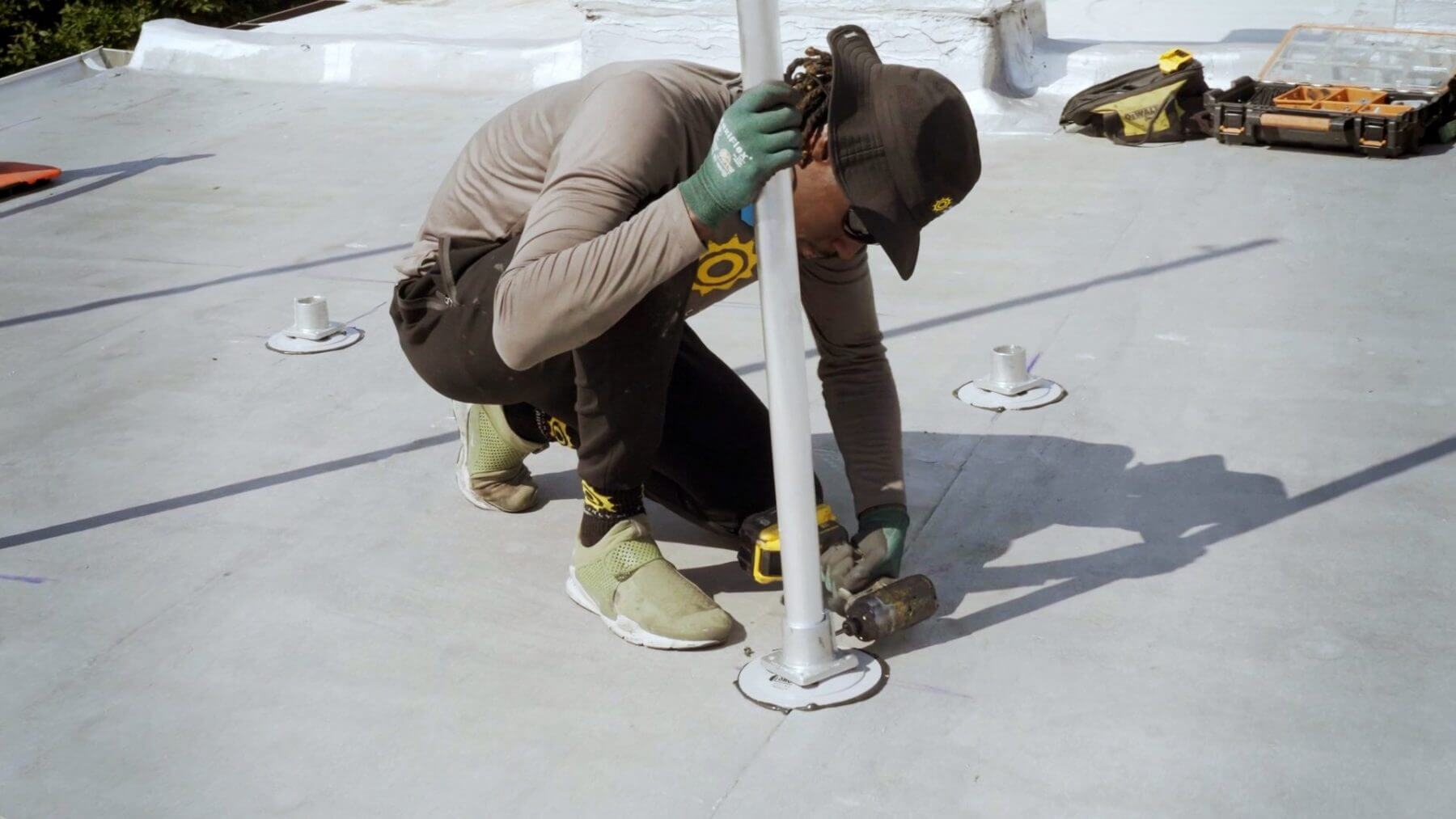 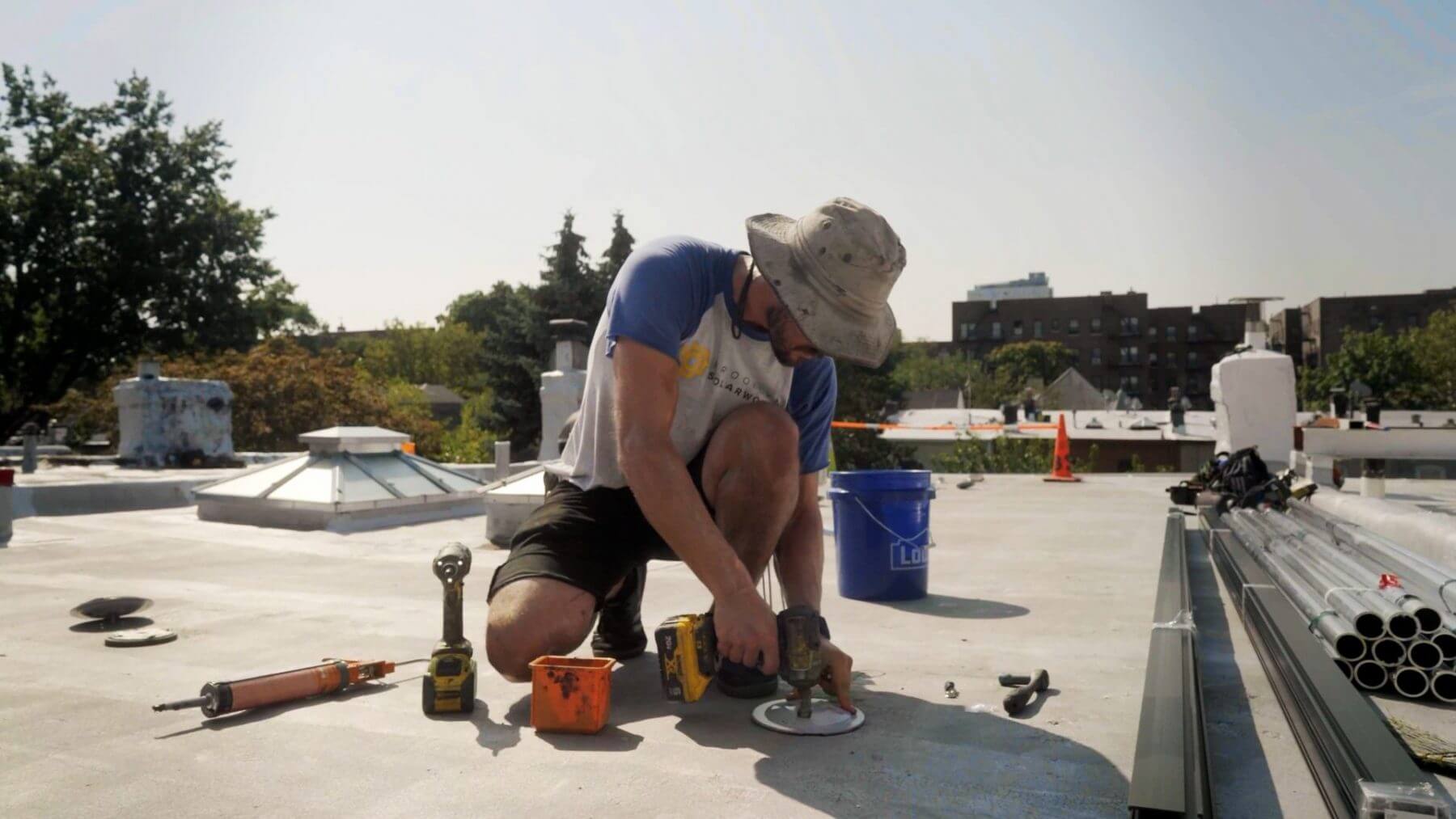 The canopy t-track is directly bolted to the roof rafters, parallel to party walls. 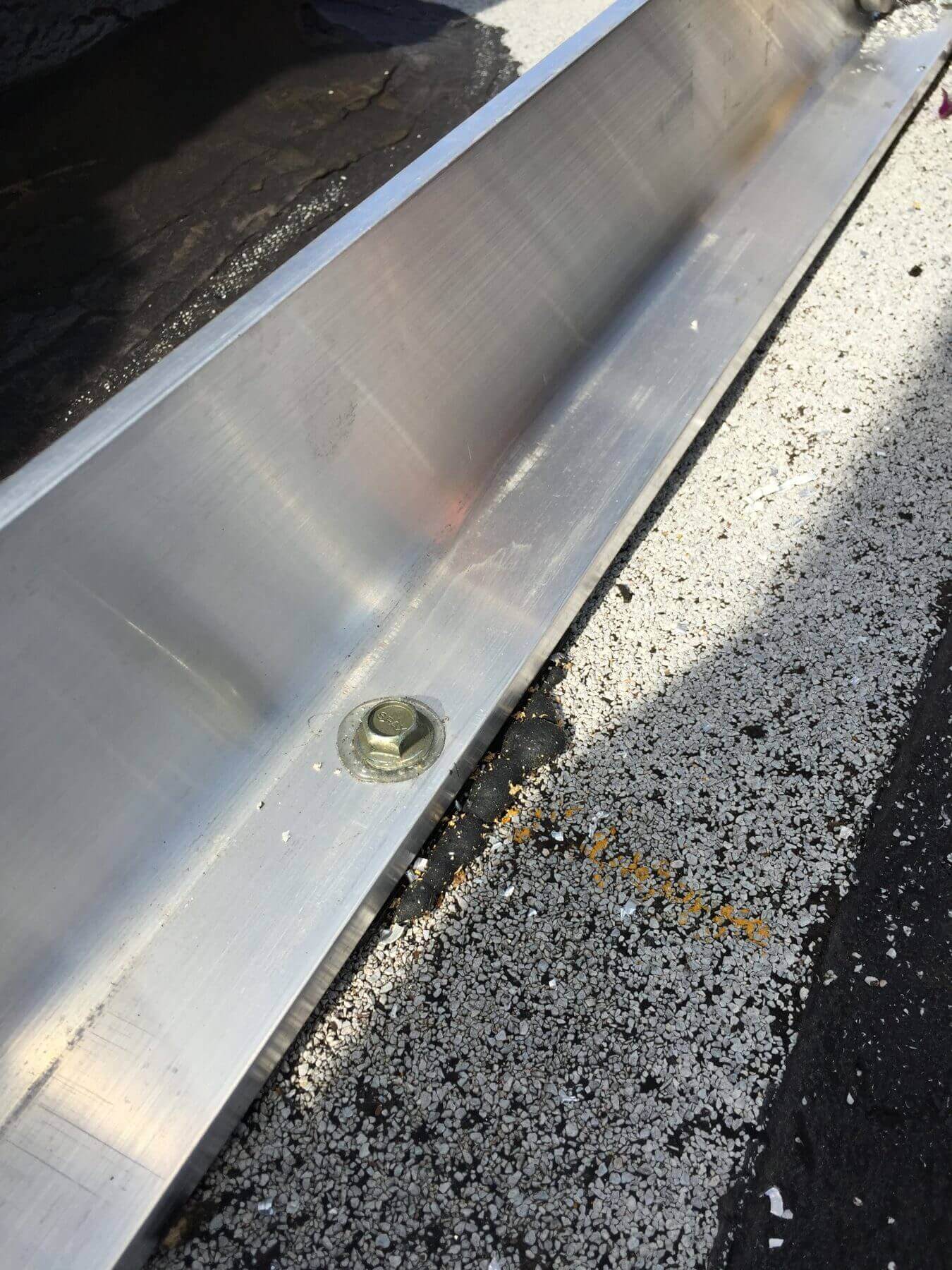 3/4” solar conduit can run discretely down the front of home, at the client's request. BSW will paint conduit to match your facade. 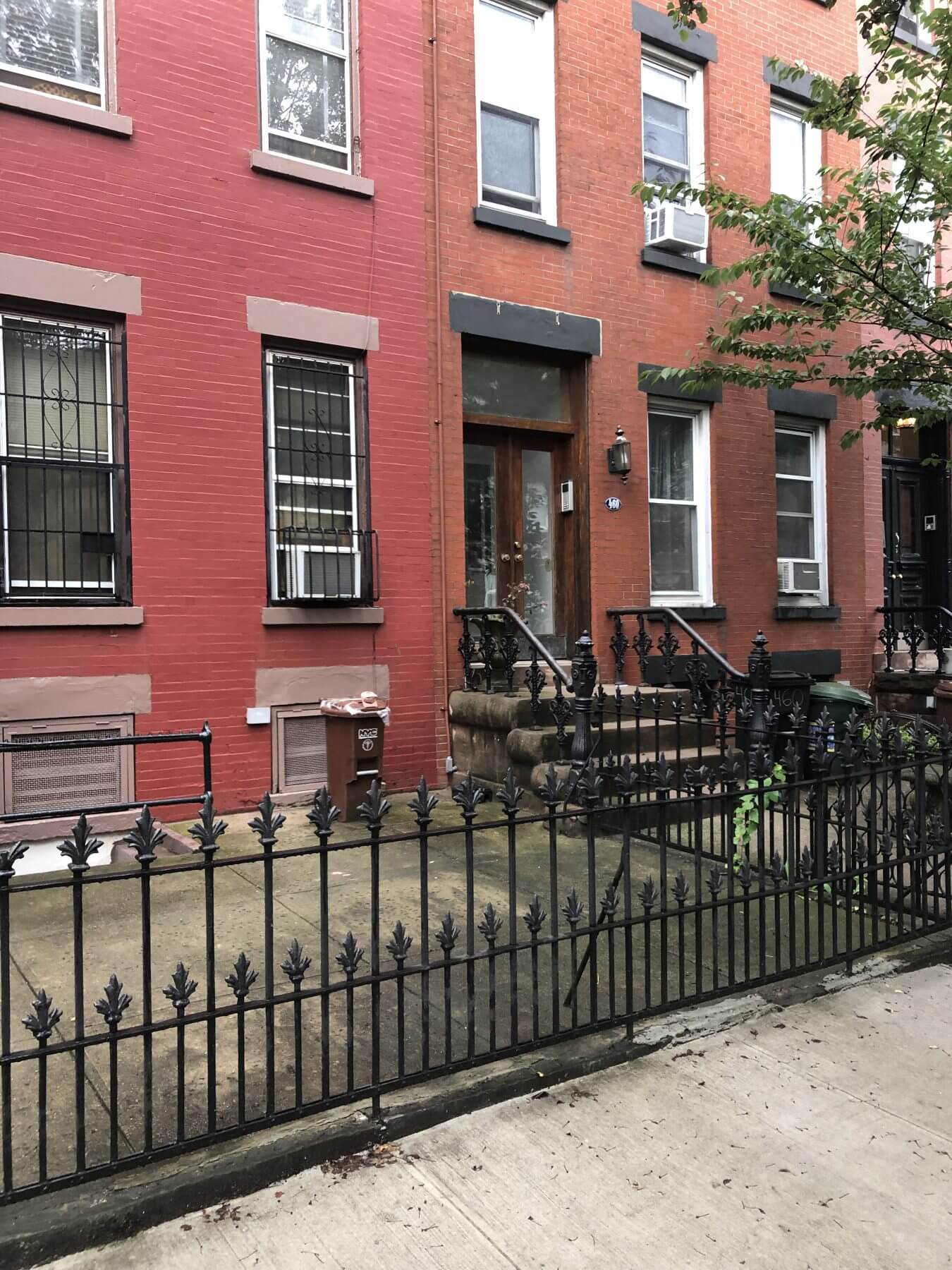 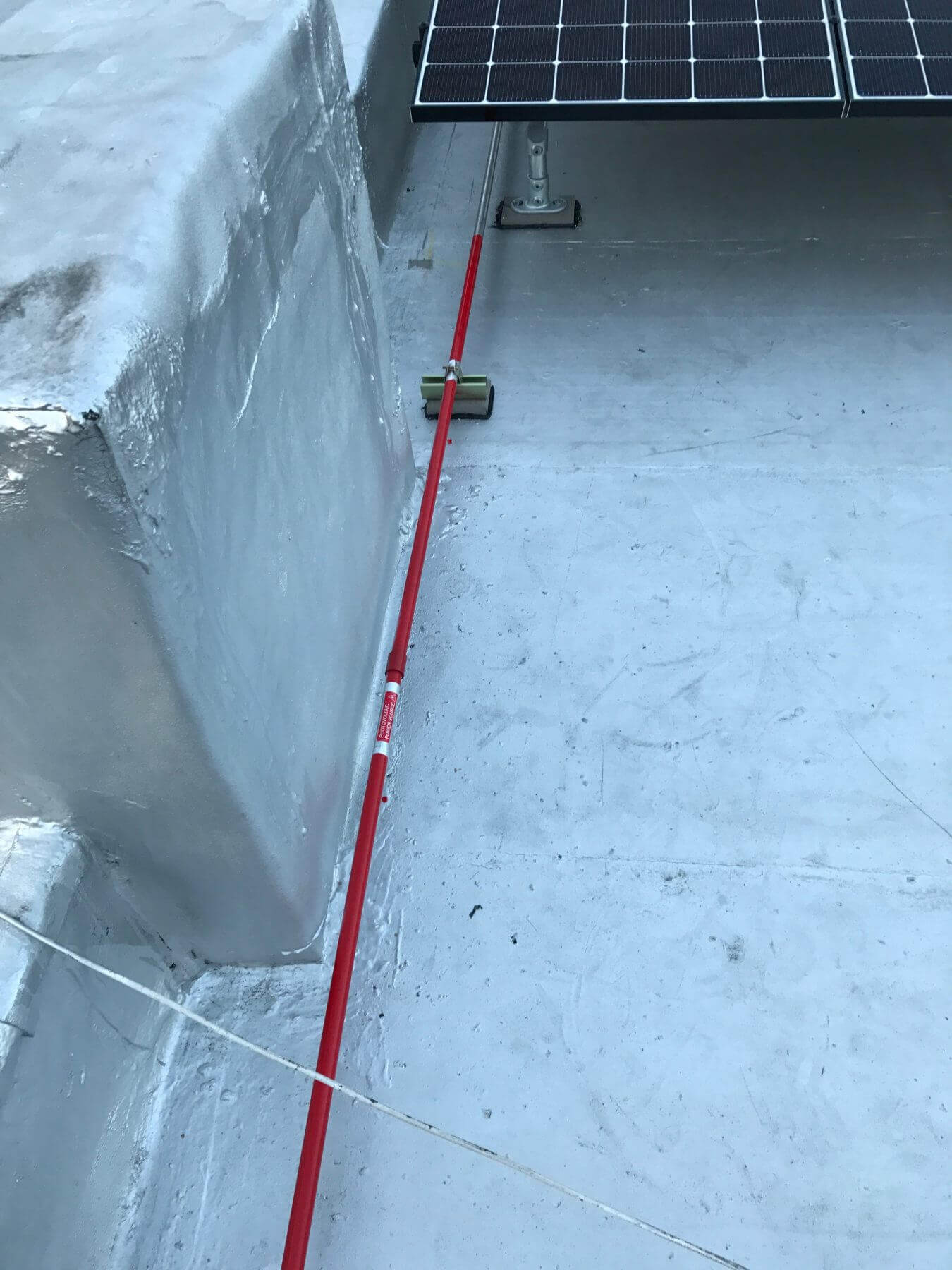 Conduit run being assembled on roof by BSW technician. 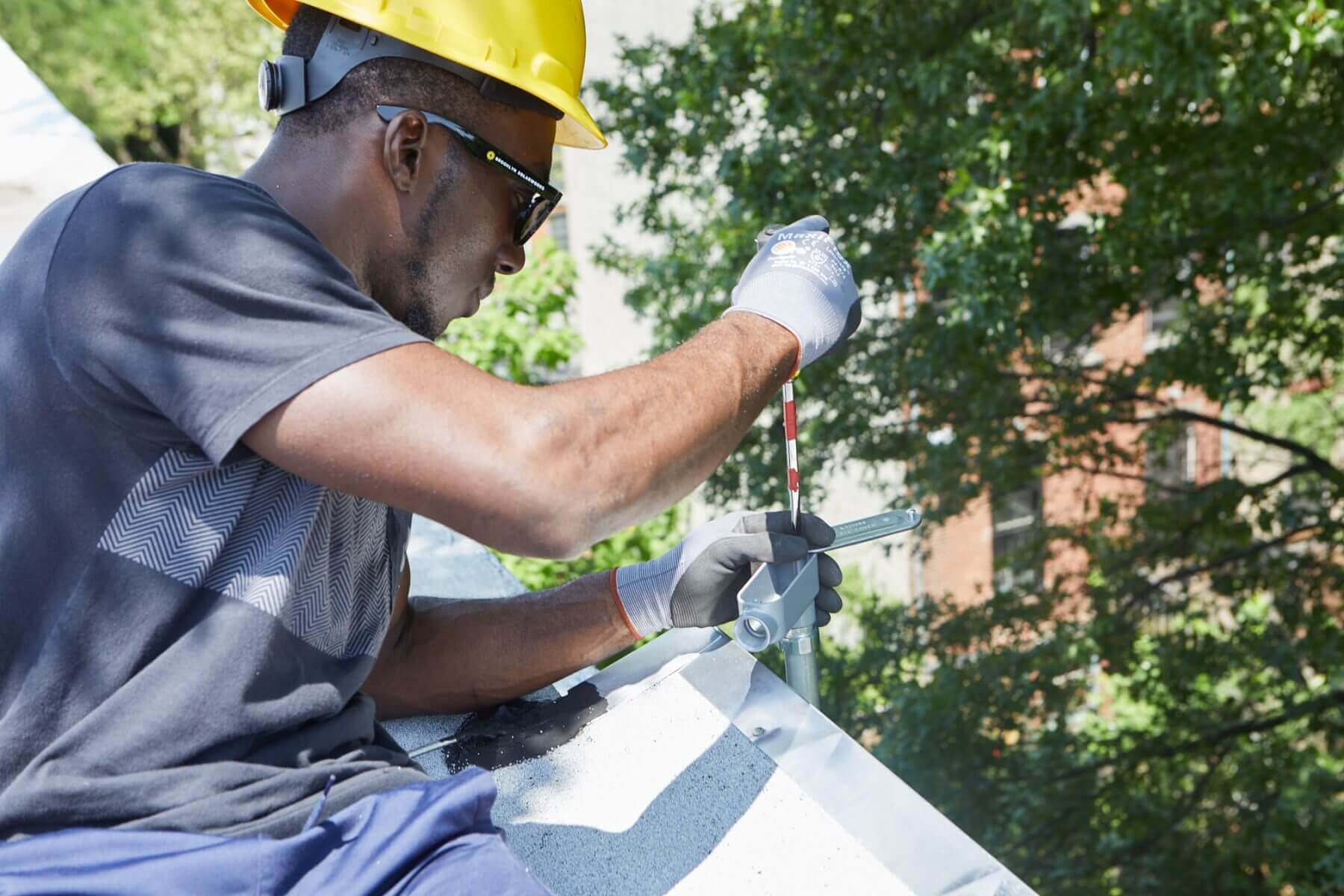 Conduit runs down back exterior wall. 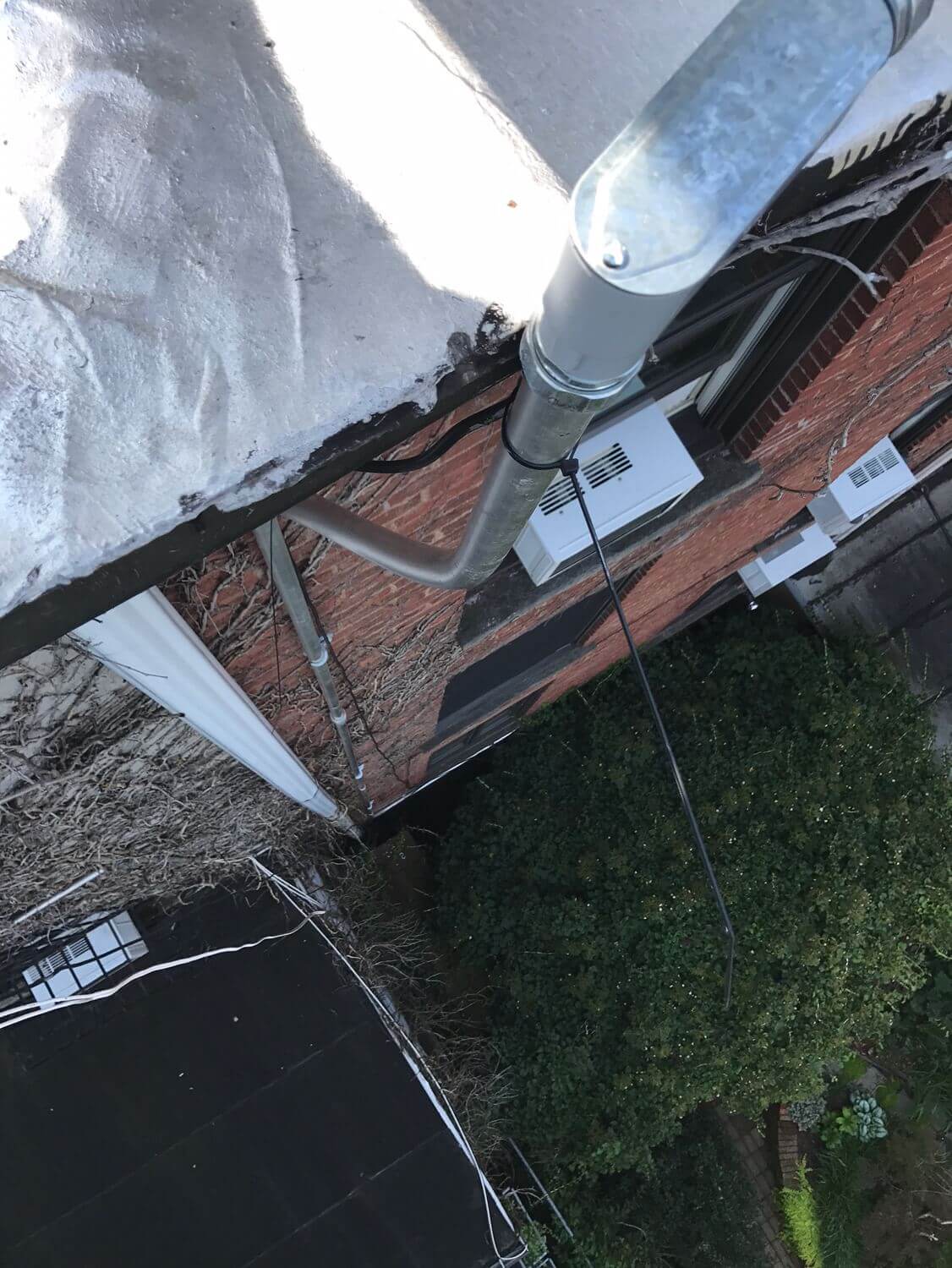 Conduit attached to back exterior wall. 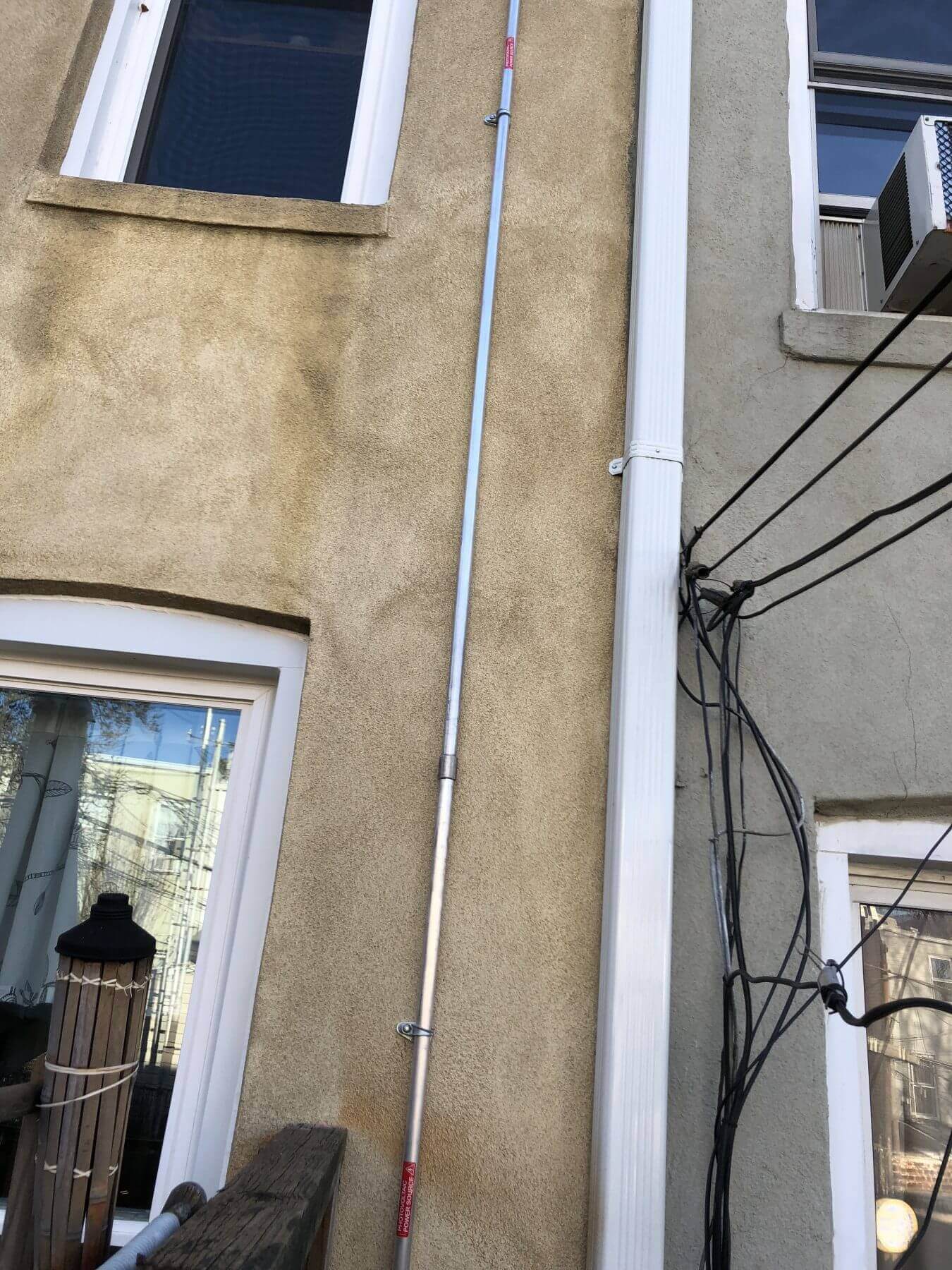 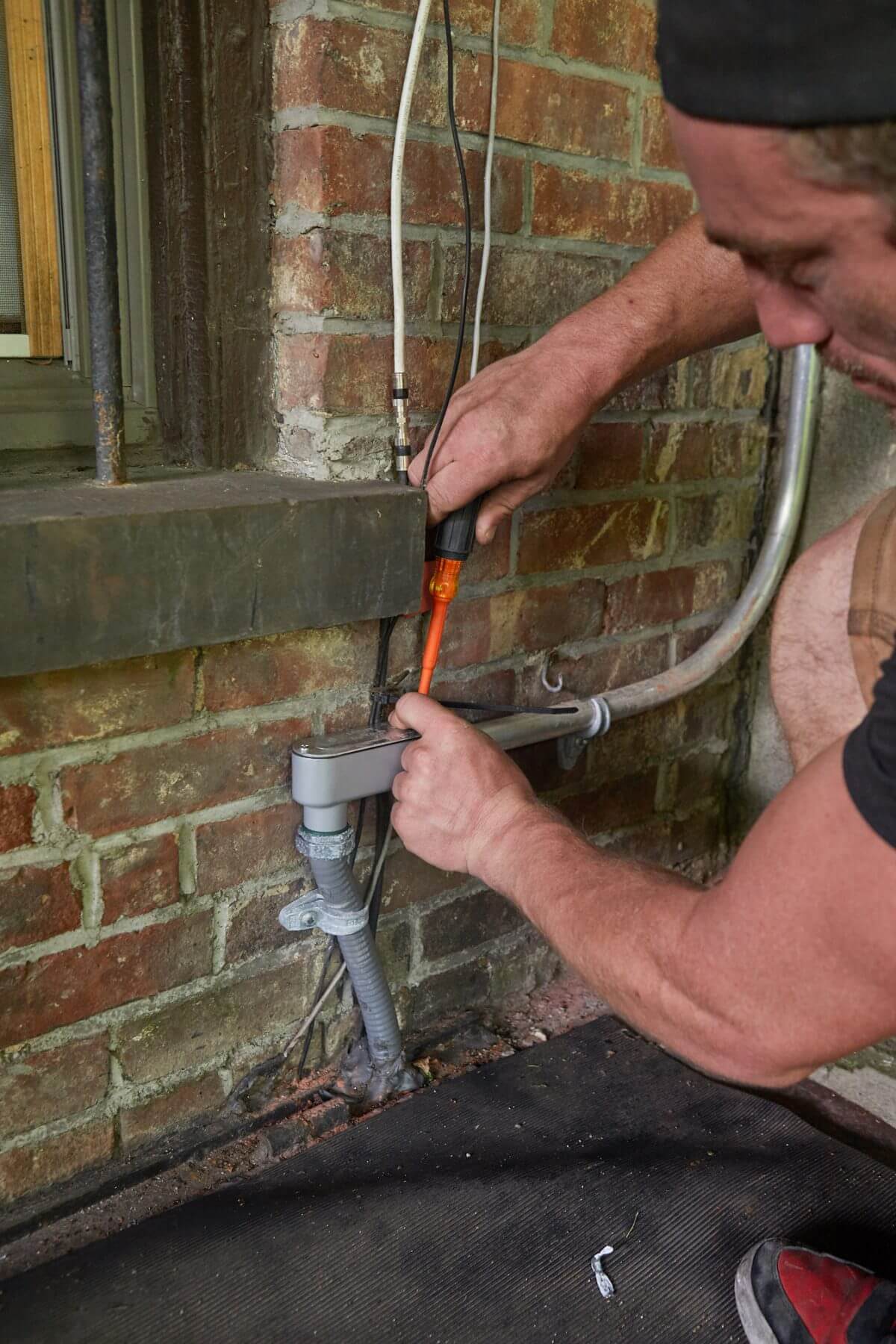 Conduit runs the length of the basement cieling to the electrical service area in front of home. 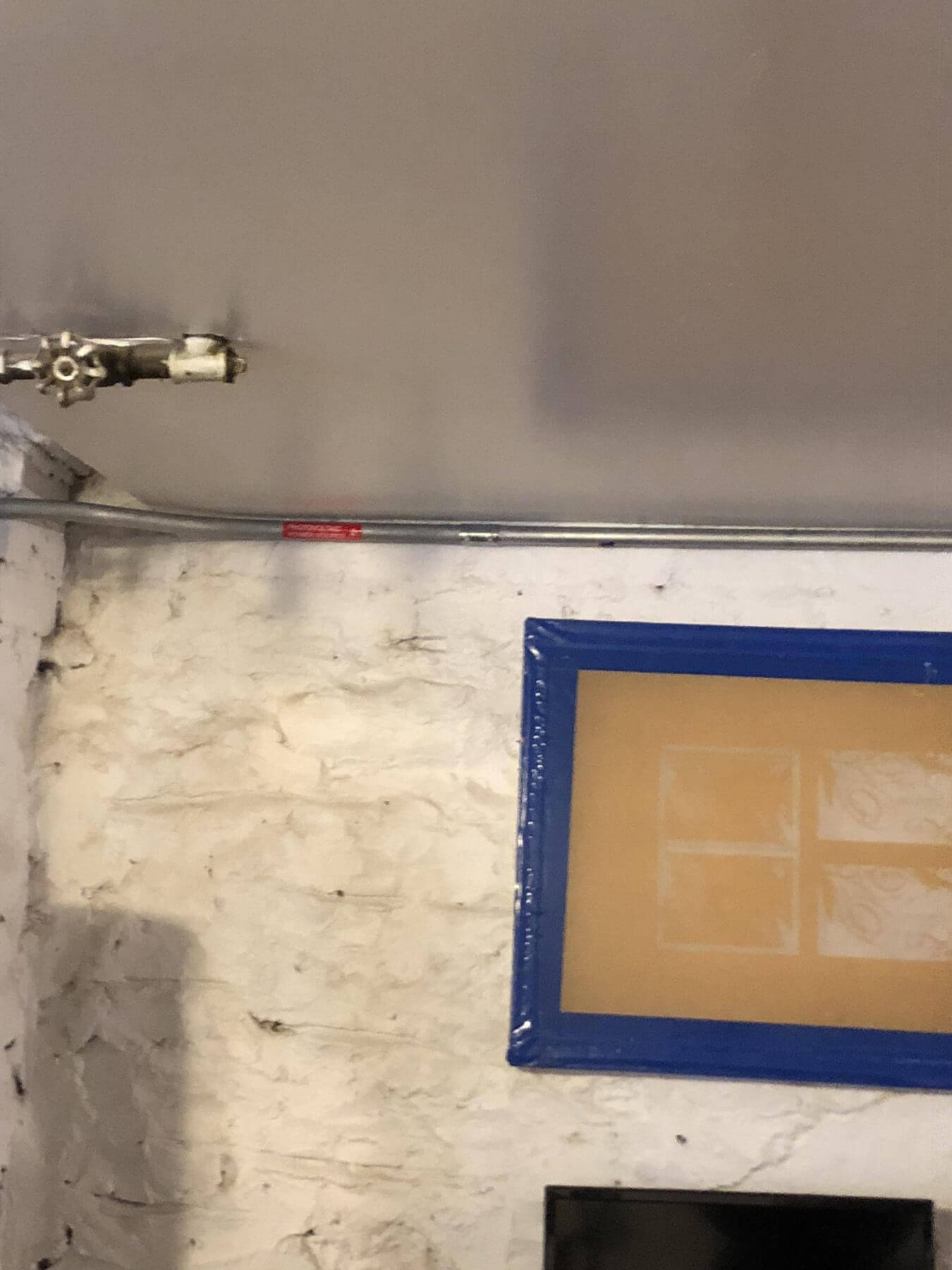 Inverter and Other Components

A BSW technician integrates solar panel wiring with inverter via conduit in basement. 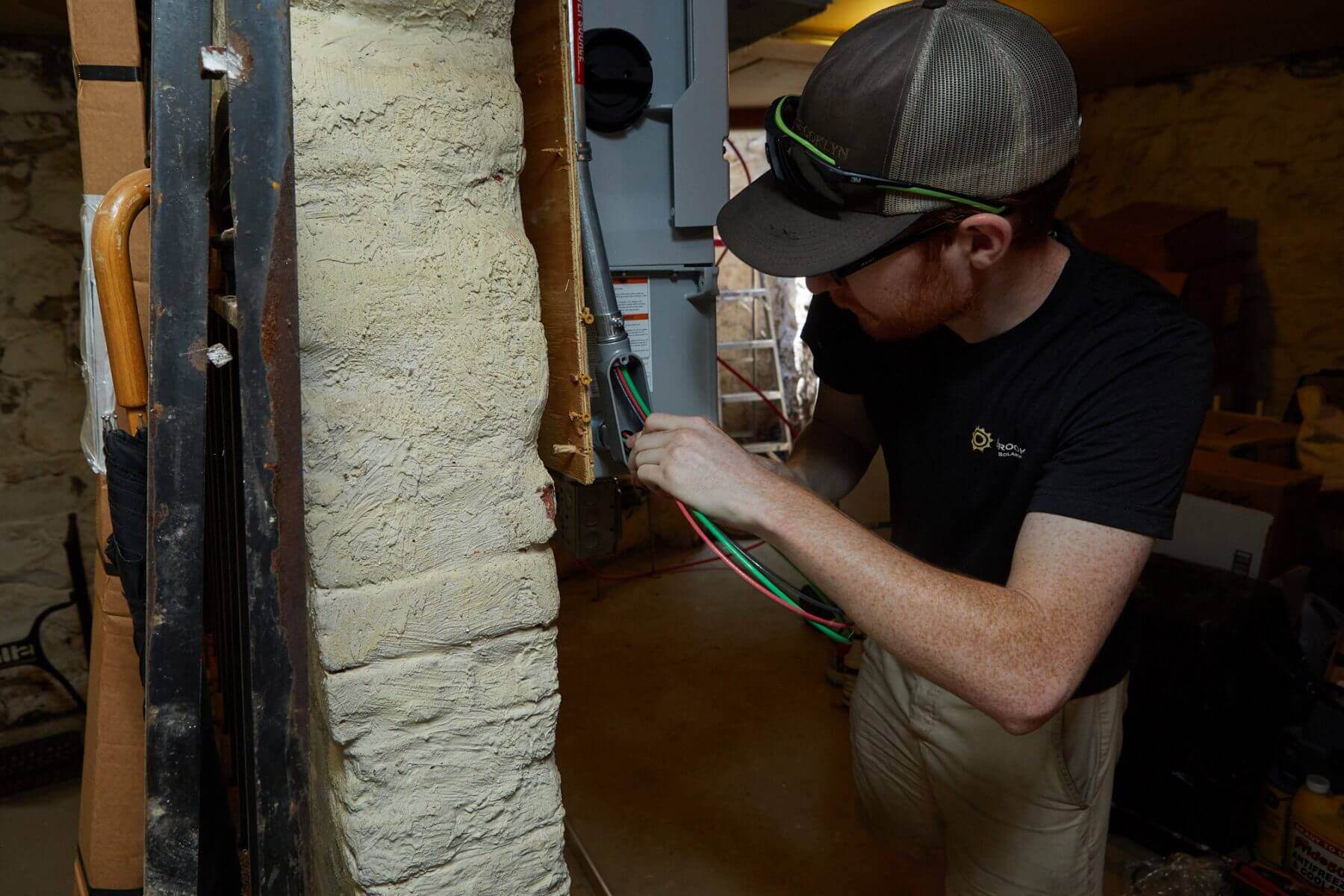 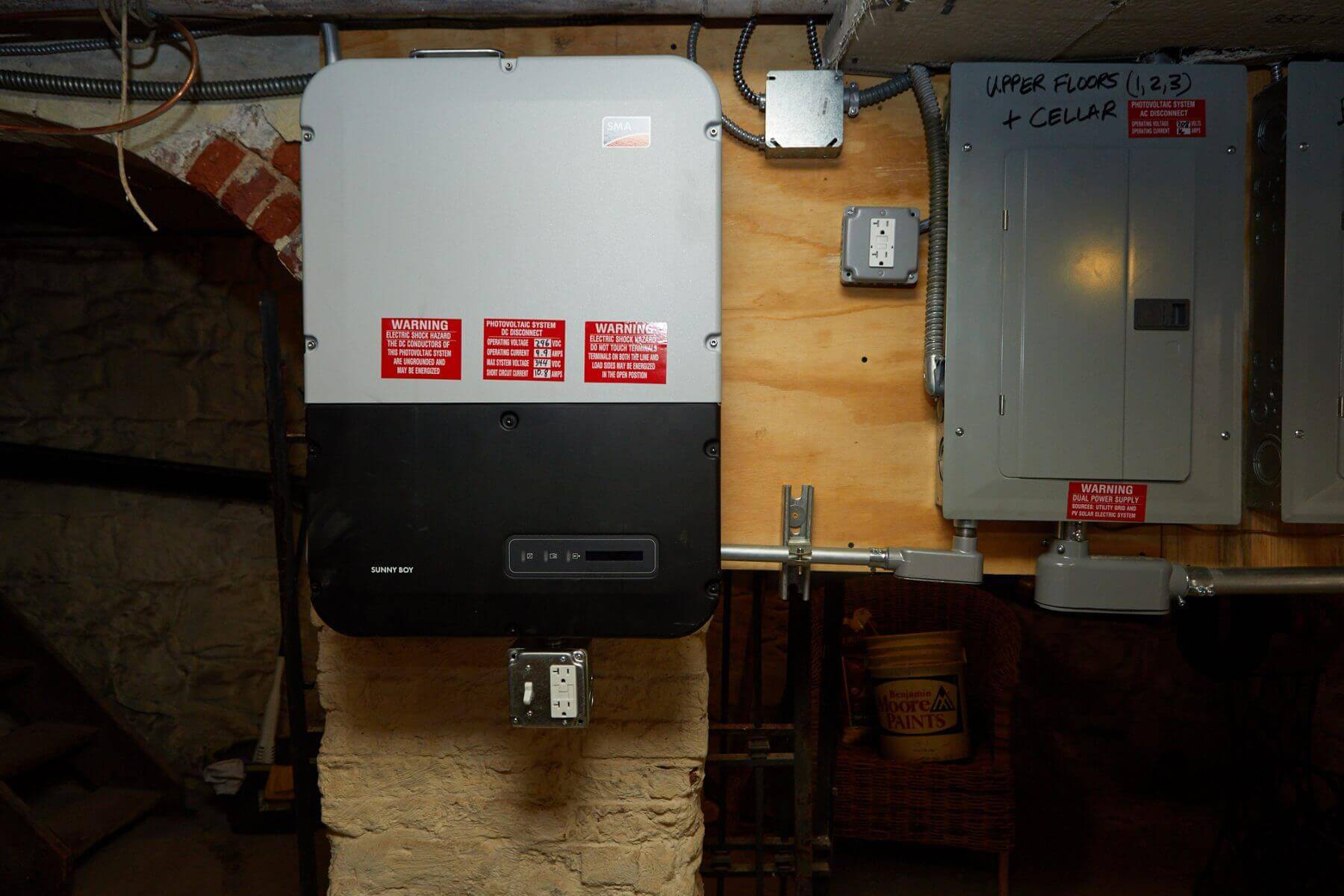 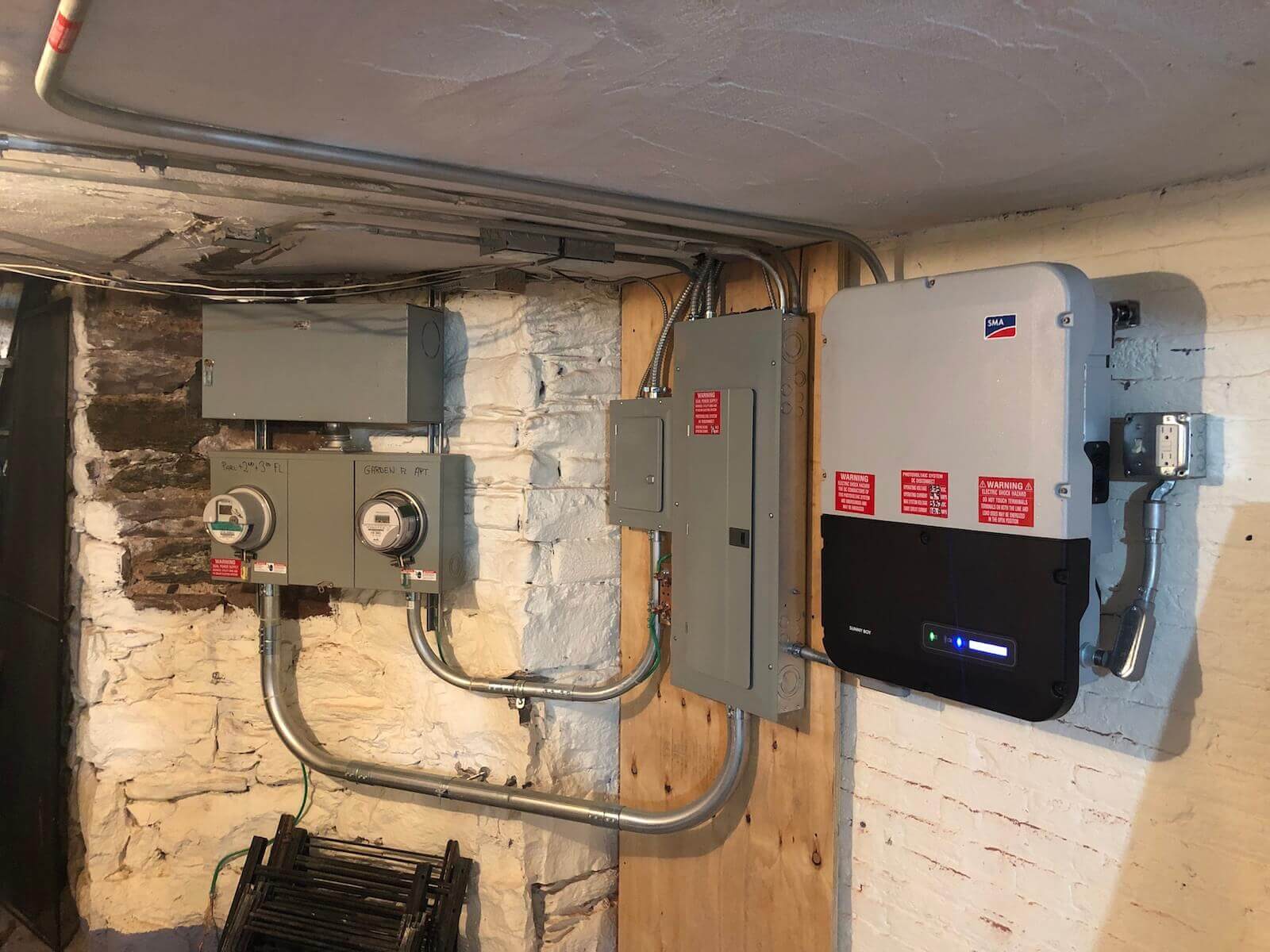 SMA inverters are outdoor rated and can be roof mounted if basement space is unavailable. 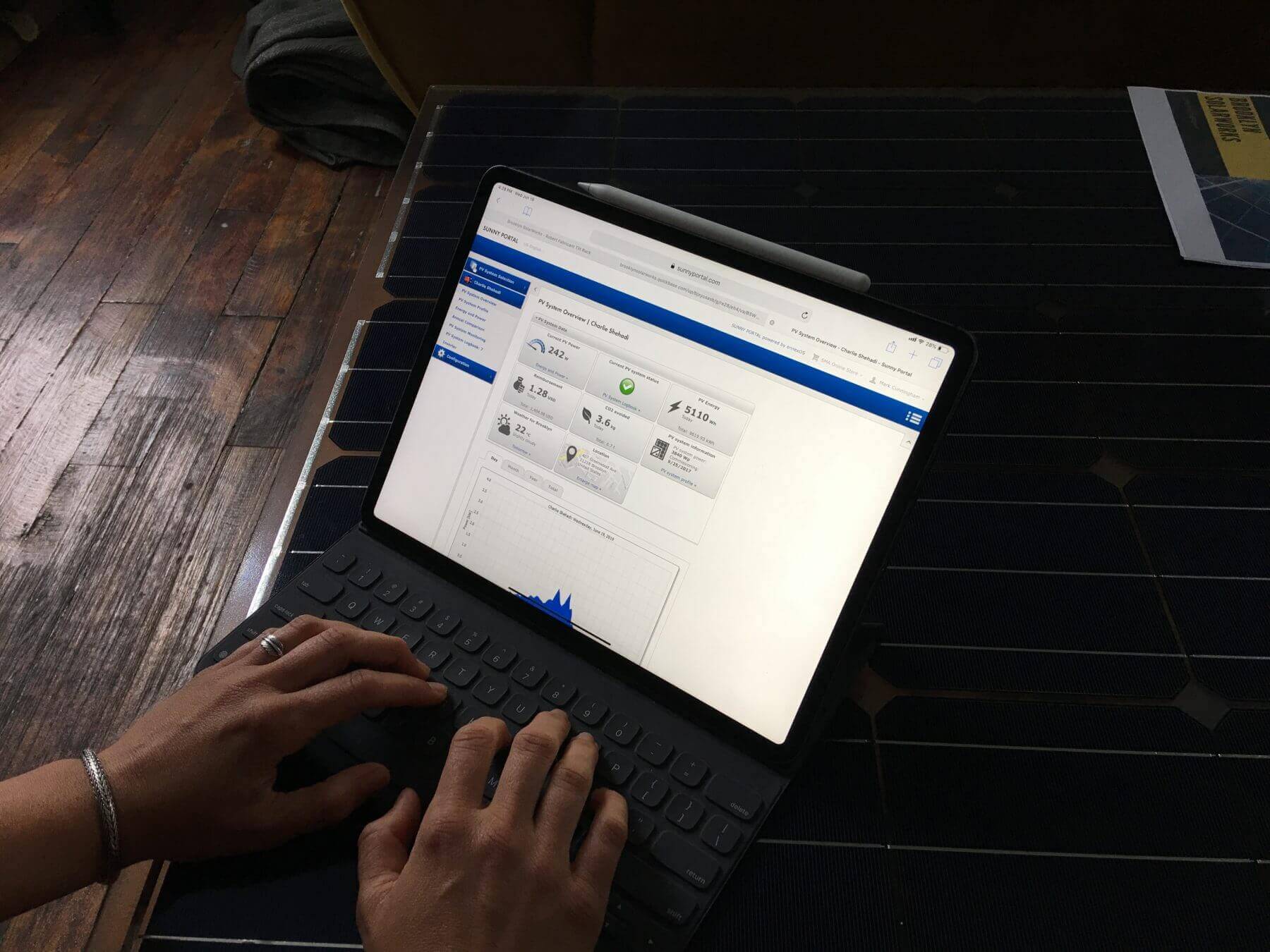 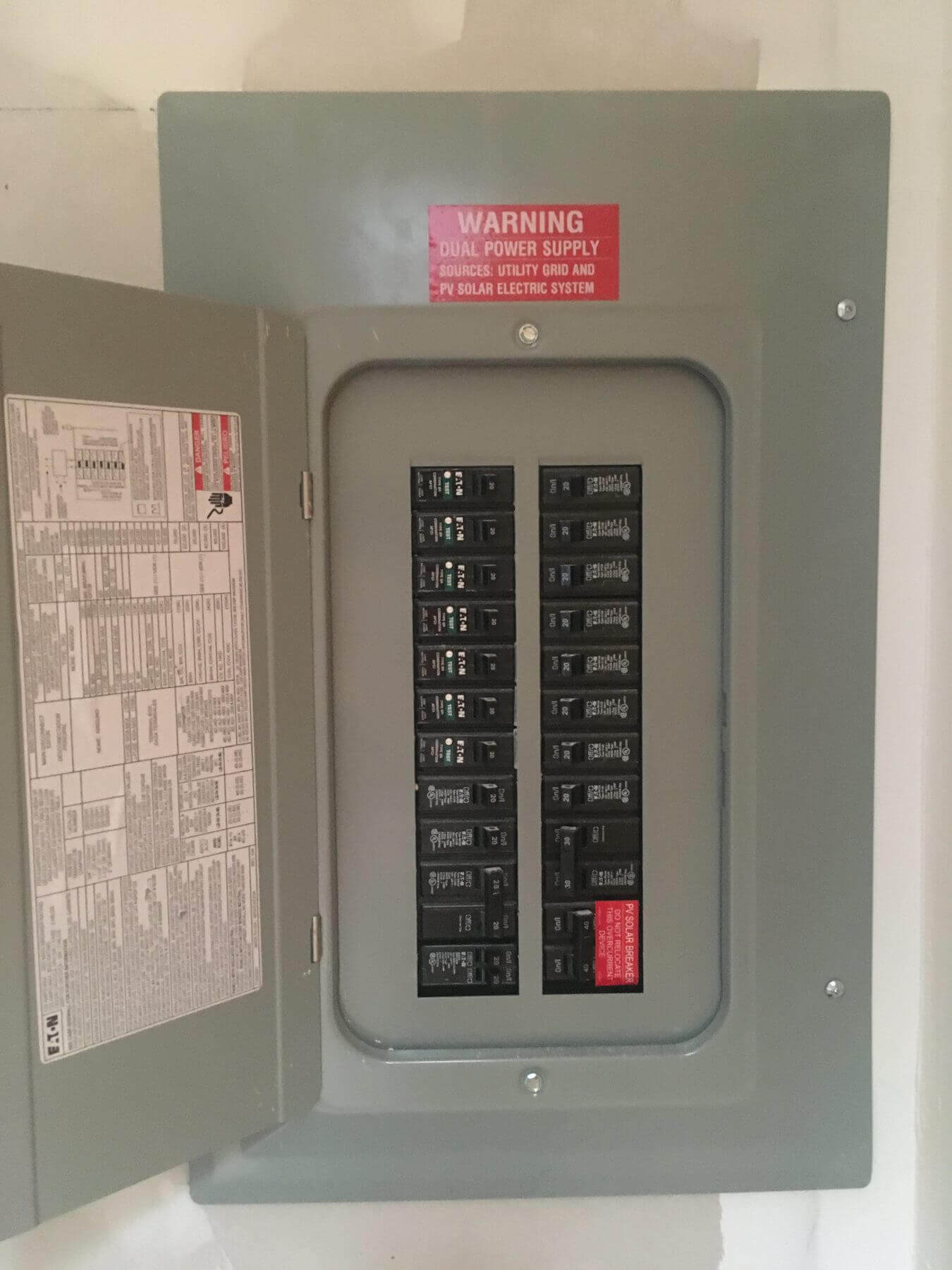